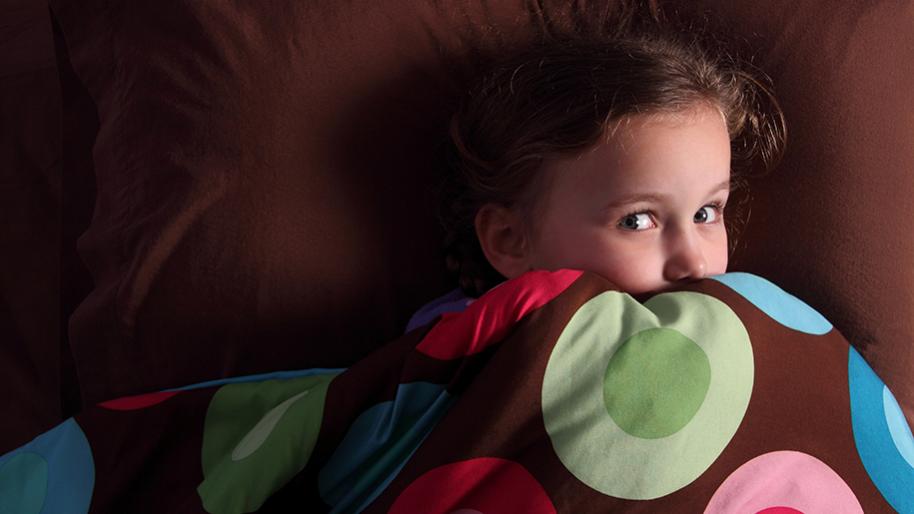 Nightmares and night terrors are sleep disorders that fall under the medical term parasomnias. Parasomnias tend to occur at transitions between REM (rapid eye movement) sleep, non-REM sleep, and wakefulness.

Nightmares are disturbing dreams that occur during REM sleep, a stage of sleep with decreased muscle tone as well as irregular breathing and heart rate.  Nightmares are associated with awakening from sleep. They tend to occur in the latter half of the night.

Nightmares can be associated with a variety of emotions including fear, anxiety, sadness, or anger. Upon awakening, the child is alert without confusion and usually can immediately recall the dream. Children often have difficulty falling back to sleep after having a nightmare.

Between the ages of 3–5, up to 50 percent of children may experience significant enough nightmares to disturb their sleep, as well as their parents' sleep. However, the peak age for nightmares is between 6–10 years of age. Stress or traumatic events, such as bullying, may increase the occurrence of nightmares. Nightmares can also be associated with having insufficient sleep, mental health problems such as anxiety, as well as the use of some medications.

While nightmares are common, it is important to check whether the child is exposed to “scary” content in images, media, TV and other activities at daycare, school, or at home, and reduce such experiences. In addition, having good sleep routines, sleep-wake patterns, and sleep hygiene is helpful in the management of a full range of sleep disorders including nightmares.

Good sleep hygiene includes having a regular bedtime routine, limiting electronic use prior to sleep, and ensuring that the circumstances a child falls asleep under remain unchanged throughout the night. Parental reassurance and items that confer a sense of security, such as a special blanket or nightlight, may be beneficial as well. After a nightmare, some children may respond to soothing and fall back asleep readily. Other children require more reassurance because, developmentally, it can be hard to differentiate between what is real and what is a dream.

Night terrors (also called sleep terrors) are awakenings that occur during deep non-REM sleep. They tend to occur in the first third of the night. These events typically include crying out and are often associated with fearful behaviors including rapid breathing and heart rate, flushing (turning red), sweating, and increased muscle tone. A child is typically confused, disoriented, and difficult to arouse during these events (because they are really still asleep). However, the child will usually not recall the event in the morning.

In early childhood, up to 6.5 percent of children will experience night terrors, typically between 4–12 years of age. Night terrors may occur more commonly in those who have other family members who are similarly affected. They may also be associated with other non-REM parasomnias, such as sleepwalking. Night terrors tend to be self-limited.

Because the child is not awake, she or he will likely not be responsive to the parent's presence. Thus, it is important to monitor your child's safety until they are in their bed and sleeping comfortably.

For frequent night terrors, scheduled awakenings 15–30 minutes before the typical onset of night terrors can be beneficial. This technique can be used for 2–4 weeks until the night terrors abate. Check on the child’s sleep duration because having a shorter duration of sleep than needed increases the risk for night terrors to occur.