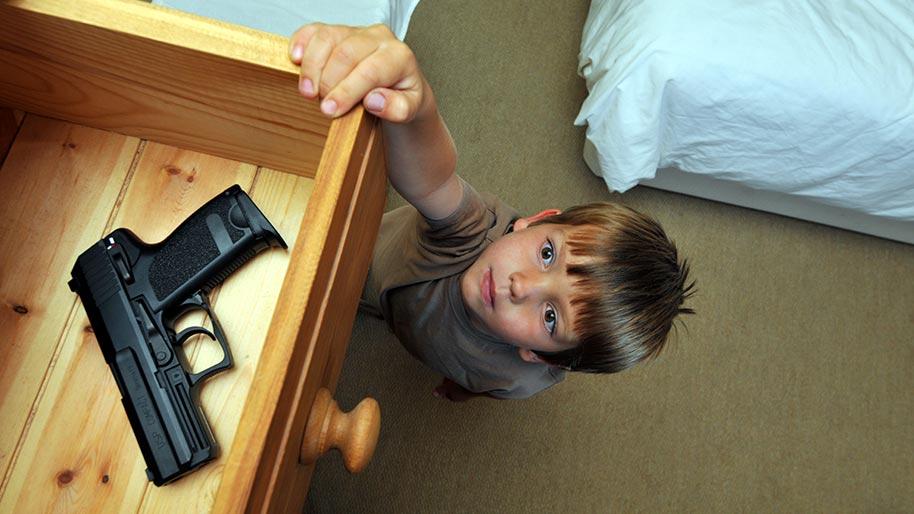 Firearms are a significant cause of injury and death in the United States. Studies have shown that 1 in 3 homes with guns also have children in the home. Unfortunately, firearm injuries are among the top four causes of death for children ages 10–24, with homicide by firearm being a leading cause of death in children ages 1–9. The Michigan community has tragically suffered from gun violence with the shooting at Oxford High School in November of 2021.

The American Academy of Pediatrics (AAP) believes that “The absence of guns from children’s homes and communities is the most reliable and effective measure to prevent firearm-related injuries in children and adolescents.”

Current medical research on the subject has concluded that if you have children, it is safer not to have a gun in your home. The American Surgical Association (APSA) notes that there had been a reduction in motor vehicle deaths due to a multidimensional public health approach. They believe a similar public health approach to gun safety could help reduce the number of children who are injured or have died from firearms.

For families who choose to keep guns in the home, there are steps that can be taken to reduce the risk of firearm injury or death.

For those who keep a gun in the home, each of the following four measures helps protect children and teens from accidental firearm injury and suicide:

Children, even older children, should not be told about the location of the keys.

There are programs available for free safety kits. Another option is to disassemble the gun so that it cannot be used (i.e. remove the bolt from hunting rifle or pistol slide on a handgun).

If there are concerns about mental illness, then it is safest to remove all firearms from the home to prevent any tragedies.

Guns at homes of others

Before your child goes to a friend's house you should ask the friend's parent whether the family has firearms in the house and how they are stored. This can be part of all the usual things you would discuss before a visit, like allergies, snacks, sunscreen, etc. The AAP offers suggestions on questions families should ask at Asking Saves Kids (ASK).

If your friends or family keep a firearm, urge them to keep it locked and unloaded.

Parents of teenagers are less likely to store firearms safely. This is a big concern since most firearm injuries happen to teens. Teens are at greater risk of attempting suicide and a suicide attempt with a gun is likely to be deadly. More than 90 percent of suicide attempts with a gun are deadly and teens in homes with firearms are at higher risk for committing suicide. Again, if there are concerns about mental illness, then it is safest to remove all firearms from the home to prevent any tragedies.

Teach your children never to touch guns. Parents can also talk about how a child might ask to go home or call a parent if they become aware of a gun in their presence.

Unfortunately, a number of studies suggest that even kids who are trained not to touch guns can't resist the curiosity, and that parents have unrealistic expectations about their kids' behavior around guns. That's why parents are encouraged to keep guns unloaded and locked separately from ammunition, and to ask about guns at the houses where their children play.

Non-powder guns such as ball-bearing (BB) guns, pellet guns, air rifles, and paintball guns can cause serious injuries to children and teens.