Take Our Your Child Survey 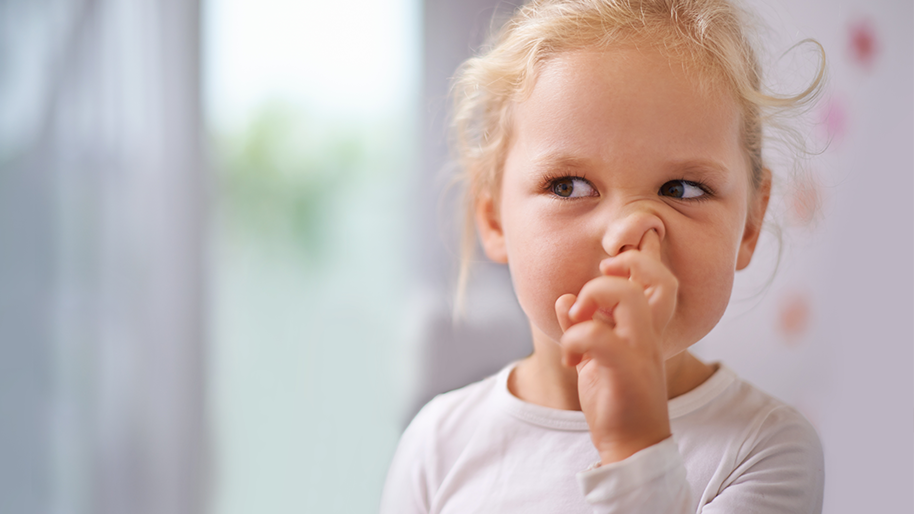 What do I need to know about bad habits and behaviors in children?

Parents find many habits and behaviors of their children annoying. When you want to change an unwanted behavior, it helps to first understand why your child is doing it. Bad habits are often just a coping strategy. Your child may fall back on these behaviors when they are stressed, bored, frustrated, unhappy, insecure, or tired. Many of these “bad” habits are calming and soothing to the child.

Most of the time, these behaviors are just “phases” or habits—not serious medical problems—and the child typically outgrows them. Managing the behaviors can be difficult, however. In general, you should try to ignore bad habits. Yelling, calling attention to the habit, and punishment do not usually work to stop the behavior (and may even increase it!). Praise, positive rewards (when your child is not doing the behavior), and patience are likely to help.

Thumb and finger sucking and pacifiers

There are different types of sucking kids might do their infancy and childhood. Thumb and finger sucking typically starts in the first few months of life. Many babies outgrow it well before their first birthday, and most stop by age of 5 due to peer pressure. Pacifiers and blankets are other common sucking objects.

Sucking has a soothing, calming effect, and often helps kids get to sleep. However, it may become worrisome when the permanent teeth start coming in (around the age of 5) if the sucking alters the shape of the child's teeth, palate or bite. If your child uses a pacifier, it is better to let them use the pacifier than have them starting sucking their thumb. Try to get rid of the pacifier before 4 years of age. Here are some ideas to help get rid of the pacifier:

Head banging is when a child repeatedly hits their head against a solid object such as a crib. Some children will bang their head as many as 80 times a minute. This can be distressing to the parents or caregivers for concern of injury. Often the child does not appear to be in pain, but rather calm and content. The habit usually begins around the age of 9 months and resolves around the age of 2.

Head rolling is when an infant rolls their head from side to side when lying on their back. They may even rub the hair completely off the back of their head.

Body rocking is when a child rhythmically rocks while either sitting or resting on their knees or elbows. This behavior usually starts around the age of 6 months and disappears by the age of 2. Most children rock for 15 minutes or less. Like head banging, it often occurs while listening to music or falling asleep.

Head banging, head rolling and body rocking are common childhood self-comforting habits. These behaviors are often harmless, but can be worrisome if your child also has developmental delays. Talk about the habit with your pediatrician, who can help you decide whether there is any cause for concern.

Bruxism, or teeth grinding or clenching, is a habit seen in over half of all infants of normal development. It usually starts around the age of 6 months when the baby teeth come in and again around the age of 5 when the permanent teeth come in. Teeth grinding happens mainly during sleep. Children usually outgrow it, but bruxism may continue into adulthood. It can be concerning when adult teeth are in, as it can cause dental problems or a disorder of the jaw joint. If your child is grinding his/her adult teeth, he/she may need evaluation by a dentist.

Nail and cuticle biting or picking

Nail biting or cuticle biting and picking is a concern if it results in recurrent bleeding or infection of the nail bed. Like other habits, positive reinforcement strategies are the most effective way to stop the behavior. Try to catch your child without their finger in their mouth, and simply describe what they are doing with their hands instead. For example, “I see you are folding origami with your fingers,” or “You are using your fingers to scratch the cat's ears! She likes it!”

There are also sour-tasting nail polishes that can help with nail/cuticle biting. Some families have success with just applying band aids to the nail. You can put vinegar on the pad of the band aid to make it taste bad.

Nose picking can start when crusting occurs from infection, allergies, or minor trauma. Picking causes more irritation to the nose and may create a vicious cycle. Picking is the most common cause of frequent nosebleeds.

Tell your child that picking their nose is not acceptable in public, but that they may use a tissue to clear out the nose and take care of itchiness. Explain that they pass their germs to others if they pick their nose. Insist that they wash their hands after they pick or blow their nose. Often a little petroleum jelly a couple of times each day inside the nose will help to break the vicious cycle of nose irritation and picking. Keeping the nose moist with a little saline spray before bed can also help. Talk to your child's primary care provider to find out what they recommend to reduce your child's nose irritation.

Hair loss may be a sign of medical problems such as infection or other disease. Your child should see their pediatrician if they are losing hair.

On the other hand, hair twirling or mild hair pulling that results in minimal hair loss is just another self-calming behavior seen in infants and children. Like thumb sucking, it often occurs when the child is relaxed, bored, or tired. Children usually outgrow this habit on their own.

There is a more serious form of hair pulling, called trichotillomania, which involves pulling the hair from the scalp, eyelashes, eyebrows, and/or pubic areas. This is a rare disorder that often suggests an underlying psychological problem and should be evaluated by a physician.

Tics are stereotyped behaviors (twitches or movements) that are frequently repeated. The movement can involve any body part. A facial tic, especially blinking the eyes, is the most common. Temporary tics are a habit that starts during childhood or the teen years, and might last anywhere from one month to a year. The child is able to suppress the tic voluntarily for minutes to hours when asked. The tic may occur more frequently at certain times and not at others.

Rarely, there are vocal tics or more complex tics, which suggest a more serious disorder called Tourette syndrome. If the tic occurs for longer than one year or the child cannot suppress it, it may be a sign of a more serious problem and needs evaluation by your child's doctor.

The breath holding episode may last from a few seconds to a minute. The spells usually happen most often around 18 to 24 months and stop by the age of 5. If your child does lose consciousness during one of these episodes, do not panic. There are no long-term effects from breath holding spells. It is also important to know that the episodes are not voluntary. When a breath holding spell occurs, keep the child calm and protect them from injury.

How can I break my child's bad habit?