ANN ARBOR, Mich. — Megan Thompson was about 30 weeks pregnant when an ultrasound showed a walnut-sized lump on her tiny, unborn child’s face that could prevent him from breathing after birth. 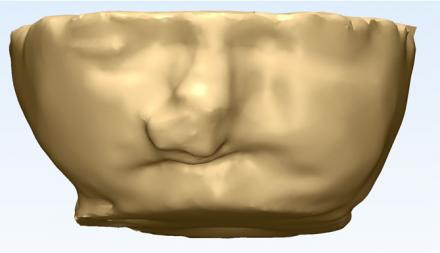 Thompson was referred to the University of Michigan’s C.S. Mott Children’s Hospital where doctors had to decide whether baby Conan could be delivered safely through a C-section or needed a rare and complex lifesaving procedure. The tool they used to help make that difficult decision – 3D printing.

Using a specialized MRI of the fetus in the womb, doctors were able to use a 3D printer to print models of the fetus face, helping determine exactly where and how dangerous the soft tissue mass was. The case is outlined in the November issue of Pediatrics. 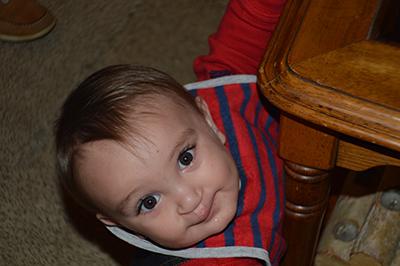 “Based on the images we had, it was unclear whether the mass would block Conan’s airway after birth. The 3D printed model of the fetus allowed us to actually see in person what it looked like and have something in our hands to help us decide the best way to care for the baby,” says senior author Glenn Green, M.D., associate professor of pediatric otolaryngology at U-M’s C.S. Mott Children’s Hospital.

“This is the first case we are aware of that 3D printing has helped show how severe an airway risk in a fetus was in order to make clinical decisions. 3D printing may be an incredibly valuable tool to help doctors prepare for complex cases ahead of birth.”

The extra information gained from the 3D printed models helped doctors determine that Conan would not need what’s called an Ex Utero Intrapartum Treatment Procedure (EXIT). The EXIT procedure requires a partial delivery of the baby while it remains attached by its umbilical cord to the placenta so that a surgeon can establish an airway to allow the baby to breathe. Instead, Conan was born via a scheduled C-section.

“I was terrified when I found out there was a possibility my baby might not be able to breathe after birth,” recalls Thompson, of Wayne County, Michigan. “Hearing him cry after he was born was the most incredible, emotional experience because I knew he was OK.”

“They told me the 3D printed models would help give them a more accurate idea of what was going on and what kind of delivery I should have. I was relieved that I didn’t need the more complicated and risky surgery and could be awake for the birth of my first baby. I’m glad that what they did for Conan may help other babies and their families in similar situations.” 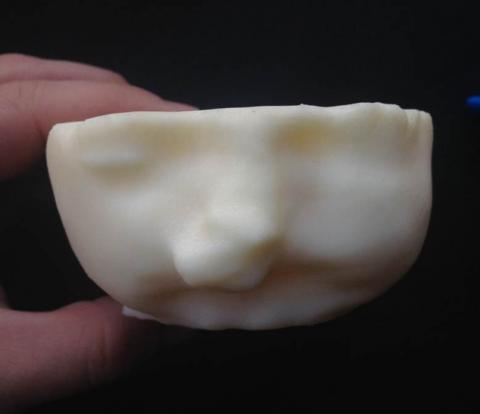 The lead author of the case report was Kyle V. VanKoevering, M.D., of the U-M division of Otolaryngology-Head and Neck Surgery.

3D printing has had many medical applications. At the University of Michigan, 3D printed splints have helped save the lives of babies with severe tracheobronchomalacia, which causes the windpipe to periodically collapse and prevents normal breathing. Green and Hollister are leading efforts to design customized medical implants for those and other patients.