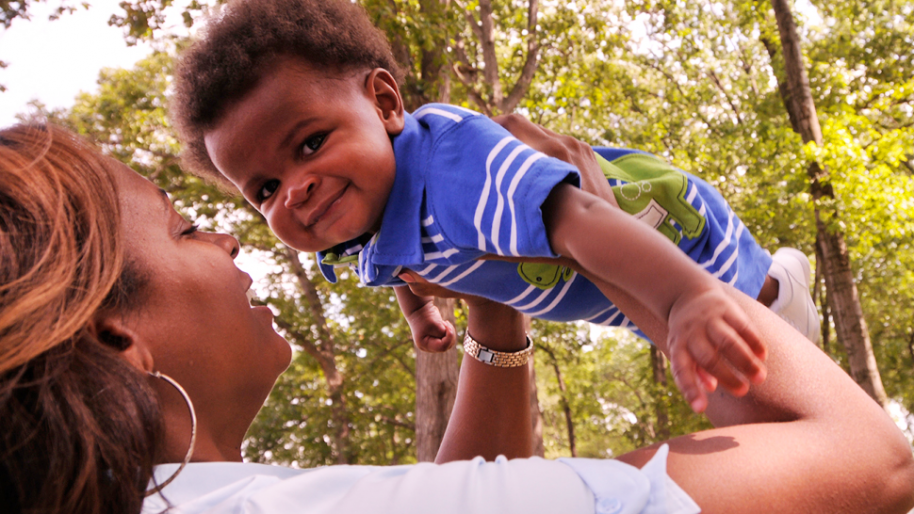 When Melanie went for an ultrasound at another hospital, something wasn’t right. “We were in there for a good hour – now this is my second baby so I know it doesn’t take that long. And I’m just thinking, ‘Okay, what’s going on?’ Then the tech gets up and walks out to see a doctor. And when she comes back in, she says she sees something that doesn’t look good. My baby’s lungs were not developing on the right side.”

The doctors told Melanie her baby had a Congenital Diaphragmatic Hernia and that he probably would not live. “Basically, what it is, is the diaphragm is not completely formed. It stopped connecting. It had a hole which his liver, his abdominal contents, kind of drifted up towards his chest, and as his lungs were growing, the liver pushed the lungs which caused the right side of his lungs to hardly grow.”

When doctors gave her the option of terminating the pregnancy, Melanie decided to turn to U-M. The doctors at our Fetal Diagnosis and Treatment Center developed a special protocol for her baby that factored in every contingency.

“I had a meeting with the U-M doctors, a pediatric surgeon, a cardiologist, a pulmonologist, nutritionist – they were all there,” says Melanie. “They were there for him. Not just for the birth defect itself. They had everything set up for when Jadon arrived.”

When Melanie gave birth to Baby Jadon, doctors kept him alive by using ECMO, a heart and lung bypass machine developed at U-M. They were then able to perform the surgeries Jadon needed. After six weeks of procedures and treatment, Jadon was able to go home. “The day I brought Jadon home, I was outside of myself,” says Melanie, “I just couldn’t believe he was coming home.”

Today, Jadon is 11 months old. “Jadon is the most energetic baby that I know. He’s babbling. He’s flipping over. He wakes up with a smile on his face. Every little thing he does is very special. I just look forward to watching him grow up.”