COVID-19: Masks are required throughout all facilities. Limited visitation is permitted for hospitalized patients

Craniosynostosis is a type of craniofacial abnormality in which the cranial sutures close too soon, while the baby’s brain and skull are still growing.

The skull plays an important role because it is the bony container that houses and protects the brain. The skull is not made up of one bone, rather it is made up of several pieces of bone that fit together along loose connections called "sutures" that connect the bones to each other. The sutures between the bones allow the baby's brain and skull to grow and enlarge together. The majority of the growth of the brain and skull occurs by the age of three. Although the brain continues to grow, after the age of three that it does so at a much slower rate. Once brain growth is complete the sutures close permanently, or "fuse.”

With craniosynostosis, the premature fusion of the cranial sutures may lead to significant changes in the shape of the skull, face, orbits (eye sockets), and even the jaw. Craniosynostosis can potentially cause damage to the growing brain if there is not enough room for it to grow inside the skull. This can lead to increased pressure within the skull and possible brain damage, blindness, and/or developmental delay.  The incidence of craniosynostosis is about 1 in 2,000 births.

The most common type of suture synostosis is sagittal synostosis. In this type, the suture that runs from the front to the back fuses prematurely. This causes a condition which specialists refer to as "scaphocephaly" or "boat- shaped skull.” The skull becomes long from front to back, and appears narrow when viewed from the front. There may be a prominent ridge along the top of the head extending from the "soft spot" to the back of the head. The forehead may seem too prominent or bossed and the temporal area of the skull may seem pinched. A sagittal synostectomy and cranial vault reshaping can be performed to surgically correct scaphycephaly resulting from sagittal craniosynostosis. In this operation, the neurosurgeon removes the sagittal suture and gives the craniofacial plastic surgeon access to the cranial vault. The craniofacial surgeon makes cuts in the bones of the skull and reshapes them in a way that restores the child to a more normal appearance and allows for proper growth of the brain and skull in the future. The operation is preferably performed early in life, sometime after three months of age.

In unilateral coronal synostosis, the coronal suture on one side of the head fuses prematurely. This leads to a condition which specialists refer to as plagiocephaly or slanted head. In this disorder, the forehead on the involved side appears flat, and the opposite side may bulge out. The bony rim above the eye on the involved side is also flatter and may look higher than the one on the uninvolved side and the nose points away from the fused suture. An operation is necessary to allow the brain room for growth, and to restore the normal shape to the forehead. If left untreated, this condition causes a skull deformity that will get worse over time. It also causes facial disfigurement, and could in rare cases cause brain damage. Babies with unilateral coronal synostosis should see a neurosurgeon and craniofacial surgeon to plan for surgery. The goal of surgery is to open the prematurely fused suture, restore the normal shape of both the forehead and rim above the affected eye, and allow for normal brain growth. In this operation, called a "frontal-orbital advancement", the surgeon accesses the bone of the skull through an incision that goes from ear to ear across the top of the head. The surgeon removes the bones of the forehead, reshapes and advances the bone with small plates and screws.

Metopic synostosis is the premature fusion of the suture in the middle of the forehead. This causes a condition which specialists call "trigonocephaly," or triangle shaped head. In this case, the forehead is narrow, the temples appear pinched, and the eyes are too close together (hypotelorism). There may be a noticeable ridge in the middle of the forehead. A child with this condition may require surgery to correct the shape of the head, or to prevent it from getting worse. A child would also need surgery if there were too much pressure on the brain. Children with metopic synostosis should see a neurosurgeon and craniofacial surgeon to plan for surgery if needed. The goal of surgery is to open the prematurely fused sutures, to allow for normal brain growth, and to restore the normal shape of the forehead. In this operation, the surgeon accesses the bones of the skull through an incision that goes from ear to ear across the top of the head. The surgeon removes the bones of the skull and forehead, reshapes them, and puts them back in place with small plates and screws.

Take the next step 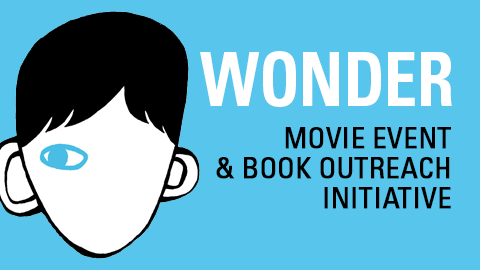